Trying to tidy this place up a bit.

The Spitfire GB
Spitfires... lots and lots of Spitfires...  Build whatever model of it that you want in whatever markings you want!  The build will go from August 15th, 2008 to November 15th, 2008. 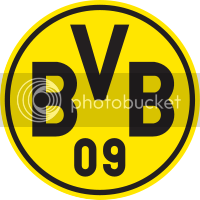 Grey Pride GB
"But it looks marvelous in grey!"  Paint up planes that have always(or usually) been in color into modern low-vis greys.  OR, paint up a normally boring-grey plane into a colorful scheme!  This GB will run from August 30th till November 30th, 2008.

Profiles Tribute Group Build
"Life imitates art."  Or something...  Take any profile put up on the site at one time or another (or on another site) and build a model to match it!  The build will run from June 15th to September 30th, 2008!  (An extension has been rallied for and granted!)

Flying Sorcery GB
"The truth is out there! (Que X-Files theme)"  The idea's a simple one, build an aircraft that could roughly be called a flying saucer.  The build will run from April 15 to July 31, 2008.

I Love Spats! Build
Build any kit as long as it has SPATS! Group build runs from November 15th until February 15th!

Piston Perfection Build
Advancing old technology!  Build the ultimate in piston engined warplanes. Ultimate engines mated to the ultimate airframe. Plenty of scope with the late war aircraft and those in the immediate post war period.  The build will run between October 13, 2007 to February 2, 2008.

Armor Based GB
Rollin', rollin', rollin'!  Build any land based armored kit you want!  The build will run between January 20th and May 24th, 2008.